Join us for a great night of music with 88 Fingers Louie!

Melodic punk rock band from Chicago, USA, formed in 1993. In 1994, the band signed to Fat Wreck Chords, then abruptly broke up while on a North American tour in 1996.

In 1998, guitarist Dan Wleklinski and vocalist Denis Buckley wanted to continue with the band, and added Joe Principe (bass) and John Carroll (drums).

Together, this lineup released Back On The Streets in 1998 before again disbanding. In October of 2009, 88 Fingers Louie played a reunion show at Chicago’s annual Riot Fest.

The lineup featured founding members Wleklinski and Buckley with a different supporting lineup than previous recordings.

After a few years of playing primarily festivals across the globe, the band announced the release of Thank You For Being a Friend in summer of 2017 on Bird Attack Records, which was their first studio-recorded output in nearly 20 years.

MORE FROM The Black Sheep 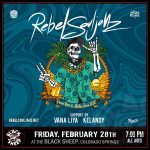 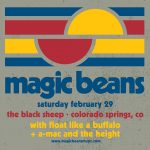 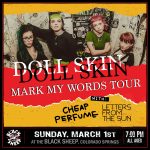