Come join us for “A Lei Weng Piano Recital”. A Classically Alive favorite and Steinway Artist, Dr. Lei Weng is Professor of Piano at University of Northern Colorado and Tianjin Conservatory of Music, China, as well as Director of the Colorado International Piano Academy.

Come join us for “A Lei Weng Piano Recital”. A Classically Alive favorite and Steinway Artist, Dr. Lei Weng is Professor of Piano at University of Northern Colorado and Tianjin Conservatory of Music, China, as well as Director of the Colorado International Piano Academy.

Lei Weng has chosen a beautifully varied program for Classically Alive. The program begins with Beethoven Piano Sonata Opus 109, a work of utmost depth and profound beauty, from Beethoven’s late period when the composer was totally deaf. Opus 109 is a work largely of tender, other-worldly reflections. It finishes with a set of variations- in of itself a journey which ends the way it starts, but with the ending reflecting on what has happened along the way.

Next on the program is a soothing nocturnal piano piece by contemporary composer, Patricio da Silvo, a work filled with lyrical writing and coloristic, dramatic touches.

The second half will not disappoint. Lei Weng will perform the fiendishly difficult, Gaspard de la Nuit by Maurice Ravel, a monumental work recognized as one of the most spectacular works of the Impressionist Period and of the piano literature in general.

Closing the program is Chopin’s Andante Spianato et Grande Polonaise Brillante , a favorite of audiences since it was written almost 200 years ago, a work filled with beautiful melodies, rich romantic harmonies, and pianistic brilliance and spark.

Please make your reservations promptly – our events do fill up, and often quickly.

Classically Alive”, Abe Minzer, director. Under the sponsorship of the Pikes Peak Arts Council, Classically Alive, hosts over 60 musicians and other artists, and features diverse monthly at-home music/arts salons, in addition to programs at venues across Colorado. See Concert Schedule for all past and future events. Highlights of the 2010 season included a 5-concert Chopin 200th Birthday Festival with artists such as Lawrence Leighton Smith and Lei Weng, appearances by the Confluence String Quartet, South American guitarist/composer Marcelo Coronel, an all-JS Bach program and more. Highlights of 2009 included opera, jazz, and music from the US, Germany, France, Italy, Russia, Japan and Argentina. The 2008 season included collaborations with American Cancer Society, and the Dos Americas guitar duo. The 2006 & 2007 salons featured the complete Schubert song cycles, Mostly Mozart, and 7 programs on Brahms and Schumann. Beyond the great food and camaraderie, the salons host many styles of music, including contemporary, and provides a venue for painters, poets and discussion.
—-

Dr. Weng received his M.M and D.M.A degrees from the University of Cincinnati, and B.M. from the Central Conservatory of Music in Beijing. His primary teachers include Frank Weinstock, William Black, Claude Frank, Xie Yuan, Guo Zhihong, and Zhou Guangren.

Under the sponsorship of the Pikes Peak Arts Council, Classically Alive hosts over 60 musicians and other artists, and features diverse monthly at-home music/arts salon concerts which include dinner and drinks. Founder, director, and pianist, Dr. Abe Minzer performs along with many top musicians of the Pikes Peak region, as well as renowned visiting artists on the national and international scene. Classically Alive hosts a wide range of styles including classical, contemporary, popular styles, jazz, and world music.

Classically Alive is thrilled with the recent acquisition of a 9-foot Bechstein concert grand piano, an instrument of highest quality. A tremendous thank you goes to both Elvie Davis and Diane Petersen for making the opportunity possible. Also, a special thank you goes to Fisher Piano Movers and their caring team for their most expert and professional work in moving the Bechstein to its new Classically Alive home. 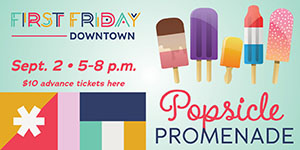 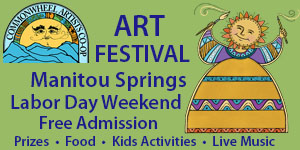 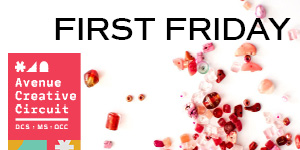