Angela Delfini Explains It All For You, a full-length one-woman show created by Angela Delfini and John Towsen, will play a limited engagement at the Millibo Art Theatre as part of their United States cross-country tour this fall.

Meet Italy’s greatest export, personality pioneer Dr. Angela Delfini, and her nervous but brave subject, Estrella. Join them on a comedic five-step recovery program full of unique challenges and “you-can’t-go-home-again” transformations. Can the maniacally confident Delfini get “stuck-in-beta” Estrella to dance and laugh her way to version 2.0 and beyond?? Probably… but not without your help!

Angela Delfini Explains It All For You summons up a world of characters and draws upon the styles of physical comedy, dance, and circus, and especially on the power of you, the audience. A comedy, but with a serious theme: the role of humor, of playing the game, in our never-ending creation of self.

ANGELA DELFINI (Creator/Performer) is a multi-talented, multi-lingual Italian comic actress, who has worked extensively in film, theatre, cabaret, and circus. She has performed throughout Europe and in four different languages (Italian, French, Spanish, and English.) After graduating from the Paolo Grassi theatre school in Milan and working with choreographers, including Susanne Linke, Angela decided to deepen her studies of classical dance and ‘”mobile architecture” with the movement masters, Prisca Picano and Salvatore Tarascio. At the same time, always attracted to the theater and the authenticity of improvisation, she studied the Lecoq method with the master, Kuniaki Ida.

This twin focus on the body and acting led her to work as an actress, first in Italy with the Marciel Cinema-Theater’s The Colors of Life, and as the creator of her own performances, Festina Lente and Viva the Uorcsciopp. In France she continued her work with the Ploum Company and other film directors. In New York, she studied at the American Academy of Dramatic Arts, and in Barcelona at the Nouveau Clown Institute, with Jango Edwards and other artists from several countries. Recent collaborations include RainTomatoes (Mantova, 2013); Theater of Pettirosso for Le Cirque des Femmes (2015); La Srabis (Italy, 2017); Magda Clan Circo (2017-18 tours).

JOHN TOWSEN (Creator/Director) is the founder and director of the New York City Physical Comedy Lab and was founder and artistic director of the first NY Clown-Theatre Festival. He is widely recognized as an author, director, producer, performer, and teacher in clown, physical comedy, and allied arts. He has toured shows nationally and internationally and has taught full-length courses at Princeton, Juilliard, and NYU, and workshops in over a dozen countries.

His 1976 book, Clowns: A Panoramic History, is still considered to be the standard work on the subject, and his blog All Fall Down: The Art & Craft of Physical Comedy(physicalcomedy.blogspot.com), is widely read by practitioners in the field.

John Towsen and Angela Delfini will also be teaching an exclusive Physical Comedy Workshop on Saturday, October 20 from 10-1 p.m. Class fee is $50. Reserve your space by calling the box office at 719-465-6321. Please note that this workshop is recommended for high school age and older. 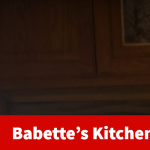