'Antigone' by Anne Carson and Sophocles

A modern, heartbreaking, and whip-smart take on the classic Greek tragedy of fate, justice, and conviction.

Antigone’s brothers have just killed each other, ending a brutal civil war. The new king, Kreon, has forbidden Antigone from burying one of her brothers, which violates tradition, culture, and the laws of the gods.

This is a story about honor, about fate, about family, and about the nick of time.

Carson hasn’t just updated Sophokles’ classic into modern English; she has rewritten the play to mine its subtlety, absurdity, and comedy to make a new story out of one of the great classics of the global theater tradition.

Sundays are pay-what-you-can at the door.

Purchase online or at the door. 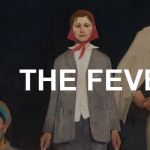