Riley Bratzler is a Colorado Springs native print maker, photographer, model and mixed-media artist. In 2013, Riley worked for an Oakland based creative start up as a curator for both print and digital publications.

Her focus the last 6 years has been collaborating with creatives to help grow the Colorado Springs arts community, while experimenting in various mediums.

After experiencing death at an early age, her body of work focuses on the narrative power of life and mortality utilizing printmaking to convey strong lines and impactful contrast.

The simple act of carving linoleum is similar to the process of death, carving away the important pieces that finally create the inevitable final image.

She believes there is empowerment embracing death as a part of life, and hopes to engage the viewers to be a part of this hard conversation.

Our opening night will have music by Bruce Koeken and gelato by Legit Gelato. 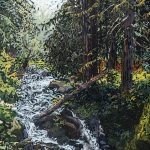 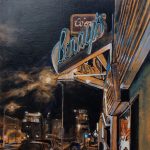 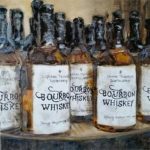 'My Name is Nobody' 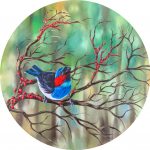 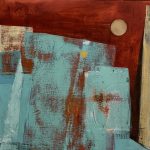