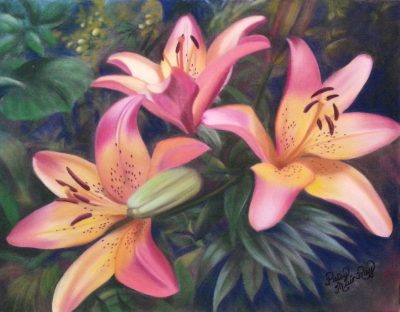 The Featured Artist section of the gallery is dedicated to those consignment artists that have gone above and beyond in their support of Academy Art & Frame Company.

“Born on a California freeway with dancing shoes on, a camera in one hand, and a paintbrush in the other.”

That is how Patsy Muir Ray has been known to describe herself. Yet she almost never danced, rarely took a picture until her first child was born, and never pursued art seriously until a few short years ago when her decades long undeveloped talent brilliantly burst forth.

In early 2013 she traveled across the country to attend a four-day portraits-in-pastels workshop, where her teacher kept asking her, “Are you sure you have never done this before?” And in less than a year she went from barely knowing what pastels were and wondering why pastel paintings are called paintings to an admired portrait artist.

Only two years later, two of her paintings were accepted into the 11th Annual Mile High International Pastel Exhibition in Denver where she became an award-winning artist with her painting, “In Daddy’s Safe Grip.” The following year her painting, “Burst of Heavenly Glory” was selected for the cover of “How Do You See God?”

Her innate passion for realistic excellence pushes her to paint strikingly beautiful depictions of nature, including God’s crowning creation, humanity. These passions are what propel her to immerse herself into her art even more than other past and present pursuits.

From childhood, her interests have been characterized by what she calls the supreme four “D’s” – drawing, dancing, decorating, and daydreaming, while at the same time doing everything in her power to avoid her “D” duties of dusting, dishes, and deciding.

She has lost herself in homeschooling, Biblical and early American history, creation science, scrapbooking, photography, cake decorating, poetry, and writing. She is now becoming an accomplished ballroom dancer.

Patsy has enjoyed living in Colorado since 1994 and has made Colorado Springs her home since early 2001. 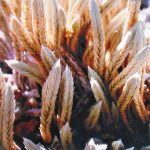