Best-selling mystery writer Anne Hillerman has been named the 2019 recipient of the Frank Waters Award by the Friends of the Pikes Peak Library District.

Best-selling mystery writer Anne Hillerman has been named the 2019 recipient of the Frank Waters Award by the Friends of the Pikes Peak Library District. The award is given annually for literary excellence. She will be honored at a luncheon at noon on April 20 at the Antlers Hotel.

Also honored will be Dian Curtis Regan, who has been named the Golden Quill award recipient for her 60-plus children’s and young adult books. The award is given to a local author who has had a significant body of work or a book with important local impact.

Hillerman, daughter of the late Southwest mystery writer Tony Hillerman, has written books on the food and gardens of Santa Fe, as well as travel guides to her city. She also continued the popular New Mexico mystery series popularized by her father. Tony Hillerman was a Frank Waters honoree in 1998.  Anne Hillerman’s fifth Southwest mystery, “Tale Teller,” will be released April 9.

The Frank Waters Award is named for the late Frank Waters, a Colorado Springs native and multiple Nobel Prize nominee, who wrote about Colorado and the West, and particularly about its native peoples. His books include “Pike’s Peak,” (cq) “The Man Who Killed the Deer” and “Woman at Otowi Crossing,” among others.

Regan has published books for all ages of children and young adults, including board books, picture books, chapter books and several popular series, such as the Princess Nevermore books.

The luncheon will be preceded and followed by meeting the authors and sales and signing of their books.

Hillerman will be the keynote speaker at the luncheon.

$40 for an individual ticket. 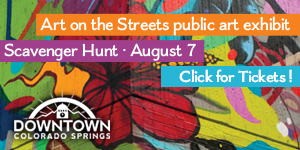 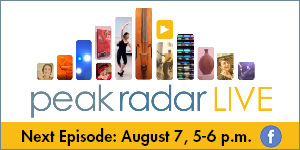