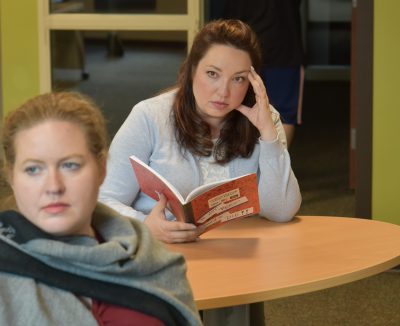 A grieving mother takes her son’s teacher by surprise when she keeps a scheduled parent-teacher conference only days after her son’s death by suicide.

Springs Ensemble Theatre continues its eighth season with “Gidion’s Knot” by Johnna Adams, which follows the confrontation between a mother and a teacher in the aftermath of a fifth-grade boy’s suicide.

Corryn Fell (SET member Jenny Maloney), takes her son’s teacher, Heather Clark (SET member Holly Haverkorn), by surprise when she keeps a scheduled parent-teacher conference only days after her son’s death. It quickly becomes clear that the knot Gidion created with his suicide might never be untangled.

As the two women reveal pieces of Gidion’s life, they delve into the questions that are impossible to answer: “Why?” and “Who could have stopped him?”

Print materials will also be available at every performance.

Tickets are $15 with $10 student rush tickets available at the door.

On Saturday, July 22, there will be a special poetry reading by Mallory Everhart and Nico Wilkinson following the performance. This is also SET’s opening weekend Gala Night.

Following the Sunday performances on July 30 and August 6, there are special talk-backs by mental health experts to address any questions or concerns the Colorado Springs community may have about suicide, its aftermath, and prevention. 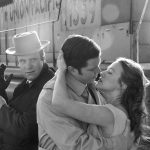 'Strangers on a Train'