First Christian Church is presenting the Little London Winds, Colorado Springs’ premier wind ensemble, in their first formal concert of the season, led by their new director, Joe Olivieri. The concert will include something for everyone, featuring marches, movie music, a suite by Gustav Holst for concert band, and a beautiful piece by Eric Whitacre celebrating the month of October  A free will offering will be taken.

The 44-member Little London Winds is Colorado Springs’ premier Wind Ensemble, established in August 1992 by a small group of musicians who wished to play quality literature and maintain a high level of performance. The idea behind the ensemble was to gather together serious amateur musicians who enjoy working toward a high standard of performance.  Their repertoire showcases the amazing variety of musical genre available to the modern-day wind ensemble.
The Little London Winds performs a variety of music literature from well-known favorites to newer pieces. The group has performed in concert throughout Southern Colorado as well as New Mexico. Most notable, however, is the group’s wildly popular summer concert series, drawing around 600 audience members a night. The Little London Winds also has a rich history of passing on the love of music and learning by doing clinics and concerts with Colorado Springs area schools.
When the wind ensemble formed in 1992, the members wanted a name that would connect the group to the area. Back before Colorado Springs decided to use the “Springs” from Manitou Springs, the city was called Little London. Hence, the name Little London Winds was chosen based on the history of the city. The performers liked the fact that the name Little London Winds also reflected the wonderful tradition of band music founded by the British. 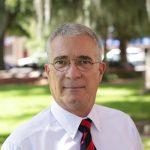