“Noises, Sounds and Sweet Airs,” aired every Sunday at 6:30 p.m. and hosted by Michael Campion, is an hour-long voyage of discovery into twentieth century music during which you will enjoy some of the finest music you’ll ever hear.

Michael understands the resistance some people have to twentieth century music; he comments:

“A century of trying every means possible to make music say something new has resulted in some pretty daunting experimentation. Thankfully, most of the composers of the last hundred years have been able to find a new means of expression while refusing to leave us, the humble listener, behind.”

This week’s broadcast will feature the music of Leonard Bernstein, in celebration of Bernstein’s centennial year and as part of the Colorado Springs Philharmonic’s Bernstein at 100 Festival. 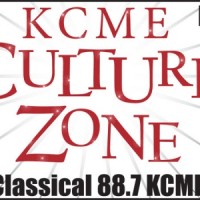 Presented by KCME 88.7 FM at Unknown