Rankin Scott Kelly, quite a character, was the first lawman in the Pikes Peak region of the Colorado Territory.

The story of the life and times of Rankin Scott Kelly, the first lawman in the Pikes Peak region in the Colorado Territory from 1861-1867.

Attempting to hide his darkest secret, Kelly traveled west on the Santa Fe Trail with a wagon train of about 50 people. He arrived in Colorado City on June 5, 1860.

He was appointed sheriff the following year. His first job was to take on the Salt Lake City Jim Gang, seven cattle rustlers. This was his first of many gunfights with outlaws

Local historian and author, John Anderson, will give a slide presentation on Rankin Scott Kelly.  His book, Rankin Scott Kelly, First Sheriff El Paso County, Colorado Territory 1861-1867, will be available for those interested. 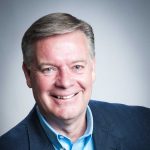