Some Enchanted Evening: The Songs of Rodgers & Hammerstein

Some Enchanted Evening is a celebration of songs that have become a part of our lives. We sing them in the shower and we sing them to entertain and amuse.

Some Enchanted Evening is a celebration of songs that have become a part of our lives. We sing them in the shower and we sing them to entertain and amuse. More so than any composer and lyricist who have written for the stage, the songs of Rodgers & Hammerstein have become an integral part of our everyday lives.

This show places five performers -each of whom could easily be cast in any Rodgers and Hammerstein show – in a theatrical setting — first “backstage”, where the songs are sung as personal interplay and then “on stage” where the songs are “performed” for the audience.

Of course, the songs themselves and the five performers are the most important elements. When Curly sings The Surrey with the Fringe On Top to Laurie he wants to ask her out.

The performers play themselves, and it’s a wonderful opportunity for them to explore the songs within their own styles rather than within the boundaries of the original characters.

Act One uses the songs as dialogue and explores the relationships between the five personalities.

Act Two is really a collection of their own ideas and point-of-view about love – of all kinds. Although it is an act of individual performances, eventually all five come together for a grand celebration of the Rodgers and Hammerstein classic songs.

Some Enchanted Evening is presented through special arrangement with R & H Theatricals.

(Group seating may be reserved in advanced through the contact us section of this website. Group prices may apply)

Tickets can be purchased online or from the following locations:

(All of these locations do not accept credit card, check or cash only) 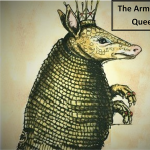