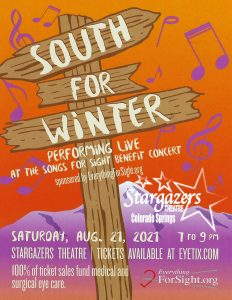 Stargazers Theatre and Everything for Sight presents South for Winter, performing a special concert to benefit Songs for Sight.

About South for Winter:

Often described as “folk-blues,” “folk-jazz,” or “Renaissance,” South for Winter’s songs are intoned with a depth of emotion and richness of experience that invites listeners into the story – eager and anxious in turn with each verse. In a landscape saturated with incredible songwriters and musicians, South for Winter have developed a sound all of their own. With meticulously crafted lyrics, captivating natural charisma, and an impressive assortment of instruments at their command, South for Winter have time and time again established themselves as a crowd favorite.

In Spring 2018 South for Winter were nominated as a rising local artist by Nashville’s Lightning 100 Radio; in summer 2019 they were voted a “Most Wanted” Emerging Artist at Falcon Ridge Festival; and in January 2020 they were chosen as a Top Artist of 2019 by BuzzMusic blog. In March 2020 the trio successfully crowdfunded the independent release of their debut full-length album, Luxumbra, which was recorded with GRAMMY award-winning producer Matt Leigh at the award-winning Tracking Room studio in Nashville TN. Luxumbra was released via Symphonic Distribution on October 22, 2020. Singles from the album have been featured on sites such as American Songwriter, For the Love of Bands, Grateful Web, Vents Magazine, Ditty TV’s World Premiere, and WSMV’s Today in Nashville.

About Everything for Sight:

Dr. James Barad, MD, an ophthalmologist in Colorado Springs, Colorado, realized early in his career that the need for charitable ophthalmic care was greater than local service organizations could provide. As a result, Dr. Barad envisioned EverythingForSight.org.

EverythingForSight.org partnered with the physician-owners of Pinnacle Eye Center in 2013. Currently, the majority of EverythingForSight-sponsored medical and surgical care is performed in that facility. Qualified individuals, both medical and administrative, volunteer their time and expertise to assist our providers.

The generosity of committed donors, like YOU, has allowed us to preserve and restore vision to thousands of patients.

This event is General Admission, open seating. Seating is first-come first-served. By purchasing one single ticket, you are purchasing one seat. We cannot guarantee that you and your party will find seats together if you do not arrive at door time. 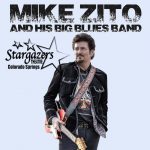 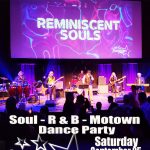 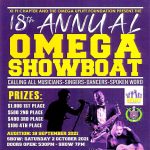 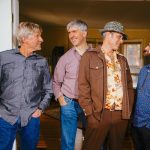 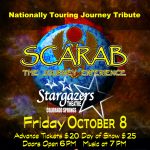