WASPs were instrumental to the United States war effort in the skies during the Second World War.

1,102 WASPs flew aircraft from the point of production in the US to training and transportation sites between 1942 and 1944.

Hear the remarkable stories of these brave women, whose contribution to the war effort was extraordinary. Join author Sarah Byrn Rickman for a book signing following the program.

To commemorate the 100th Anniversary of the American Legion and Eber Duclo Post 39, the Manitou Springs Heritage Center will dedicate its November series of events and an exhibit in recognition of the veterans who have sacrificed their lives and served their country.

The Heritage Center honors the centennial celebration of the national American Legion, which was chartered by an Act of Congress on September 16, 1919, and the founding of the American Legion George Eber Duclo Post 39, chartered on August 1, 1920. 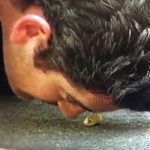 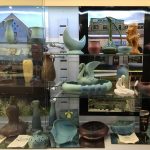