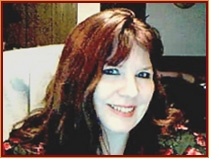 Bev Walton-Porter's work has appeared in numerous publications since she turned full-time writer in May 1997. Bev is co-author of "The Complete Writer: A Guide to Tapping Your Full Potential" (Red Engine Press, August 2005). Her book, "Sun Signs for Writers," was published by Writer's Digest Books in August 2006. Her fiction book, "Mending Fences," was published under pen name Star Ferris in September 2006 by Whiskey Creek Press. Her next book, "Hidden Fire," is slated for release by Whiskey Creek Press in the near future.

Bev is a client of the Meredith Bernstein Literary Agency in New York City and MPL Creatives Services in Springfield, MO.