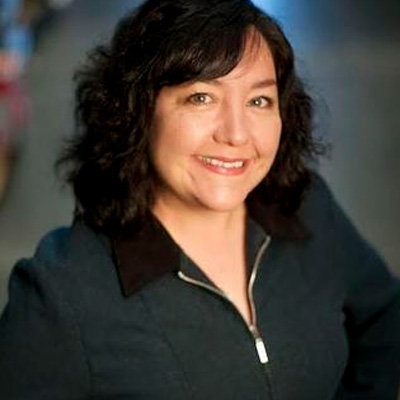 Amber Coté, FutureSelf, Executive Director. A native to Colorado Springs, CO, I have been active in the local non-profit, arts and music community since the early 90's. I am a mother, wife, artist, daughter, friend, teacher, poet, explorer, joke-teller--a singer of songs, laugher of laughs and some times a magnificent mistake-maker. I feel like everyone's neighbor and believe profoundly in the power of “the village.” I have tried to live this principle through my words and actions as a CASA volunteer and staff person, a Hospice volunteer, a member of the Americans for the Arts Emerging Arts Leaders, board member for the Pikes Peak Arts Council, Officer for the Community Prep School Board of Directors and currently serve on the Board of Directors for the Center for Nonprofit Excellence. In 2008, I had the pleasure of being awarded an Arts, Business Education (ABE) award for the most “Unique Project” for the Stream of Conscience program (a youth-arts & environmental education collaboration between FutureSelf and Catamount Institute); that same summer I began my work with El Pomar in the Emerging Leaders Development program (ELD), the Native American Advisory Council, the Asian Advisory Council and MYLI (Multi-Cultural Youth Leadership Initiative). In the spring of 2009 I was the recipient of a “Rising Star”award from the Colorado Springs Business Journal to usher in my new position as Executive Director at FutureSelf. I am grateful for the diverse history of vocations I have enjoyed over the years, as well. I worked at 94.3 KILO radio, first as a paid intern then as a “research specialist,” and then at Air Force Academy as a Media-Relations Assistant- all before I turned 18 years old. I began my management career as the Office Manager at Independent Records and worked there for several years, until I was blessed with my one and only daughter, Takara (Japanese for “Treasure”). After returning to school to complete my undergraduate degree in Cultural Anthropology in 1998, I became a Court Appointed Special Advocate (CASA) for abused and neglected children in the judicial system. This changed my career trajectory towards non-profit administration; first as a Case Supervisor for CASA, then as Volunteer Coordinator/ Advocate Training Specialist and finally finding my home at FutureSelf as the Program Director in 2003. I came to FutureSelf to work with teens because at CASA I was constantly drawn to the plight of adolescents falling through the cracks in “the system.” I have had the honor and privilege of calling FutureSelf my “dream job” ever since! I was promoted to Executive Director by the FutureSelf Board of Directors in January 2009 and the work I do in that role is diverse, to say the least. We run an organization of over ten separate programs with a one-woman staff, several contracted teaching artists and many generous volunteers. I cover all of the general administrative functions, program development, data management and evaluation functions, financial management, human resources, community collaboration and youth outreach, fundraising, grant writing, public relations/marketing, board engagement and periodically still facilitate workshops to stay connected to “our kids,” teaching artists and volunteers.