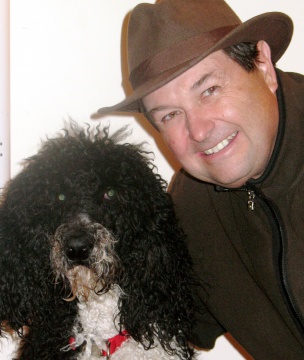 Jim is an internationally acclaimed clown and performance artist with over thirty five years of laughs in the circus and theater. He has toured throughout the U.S., Canada and Europe with his solo clown theater shows that include “Mimic Sole”, “Impossible Balance”, and “Art Guffaw”. As a clown he has thrown cabbage on the stages of New York’s Lincoln Center, Washington D. C.’s Kennedy Center and London’s Royal Festival Hall. In 2007 he completed the “Canon City Trilogy” at the MAT with productions of “Stick Guns” (2003 Best Theater and Best Actor awards from the CS Independent and the Pikes Peak Arts Council ), “Royal Buckskin” and “HUT!” (2007 Best New Play CS Gazette). He has also written “Rubes and Luddites” and co-created the solo play “Bed” with Tomas Kubinek which was recently adapted for film by the Canadian Broadcasting Company. Jim was nominated "Best Director" at the 2001 Toronto Theater Awards for his collaboration with Robert Astle on “The Hats of Mr. Zenobe”. Other directing credits include Rebecca Buric’s Signature (Best Actress and Solo Play-PPAC Awards) and Theatreworks Santaland Diaries with Kelly Walters (Best Comedy- The Gazette, Best Actor-PPAC Awards). The Co-Artistic Director of the Manitou Art Theater, Jim is a fervent believer in the power of the Arts for creating a vital, healthy community especially when wedded to a good laugh