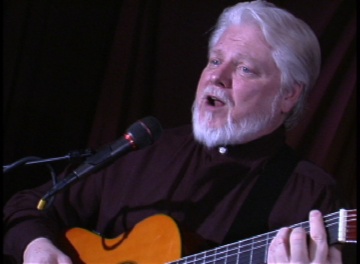 Jerry Brown has been a professional singer, musician, artist, and entertainer for over five decades. Since moving to Colorado Springs in 1972, he has performed at such places as the Broadmoor Hotel, Antler's Hotel, the Four Seasons Hotel, the Pikes Peak Center, the Fine Arts Center, and the Garden of the Gods Club. He has recorded at Capital Records with the Air Force Fa1conaires Band (the Serenade in Blue Series), and with his own group for ABC Paramount. He is currently performing many out-of-state concert engagements and has recently released a CD titled “Under Western Skies”. As an actor and director, he has had starring roles in Irma La Douce for the Dublin Dinner Playhouse and Camelot for the Old Town Dinner Playhouse (1977) and the Fine Arts Center (1994). He was the Director-Manager of the Bridge Theatre, and he was part of a unique educational program that motivated troubled youth to learn high school academics by using theatre techniques. He directed Funny Girl for the Colorado Springs Music Theatre. In 1980 he wrote, produced, and starred in a one-man play entitled An Evening with Henry McAllister, performed as a benefit for the McAllister House Museum. He also does TV and radio commercials, and has been seen and heard in many local and out-of¬-state commercials. Jerry is a member of A.S.C.A.P., the Pikes Peak Musician Association, the Pikes Peak Jazz and Swing Society and Pikes Peak Young Composers.