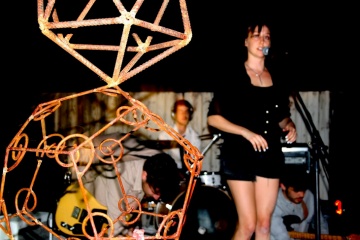 The Classical is Juliet E. Gordon. Following the release of self-titled album/mixtape in January 2012, Gordon, a Washington, D.C. native based in Colorado Springs, assembled a live band to accompany her songwriting: Britt Ciampa on drums, Miles Eichner on guitar, and Jake Brownell on computers, guitar and bass. Listen to the album and new single "Our Lady of Revenge" here: theclassical.bandcamp.com/ Watch the music video for "Man on the Stairs" here: http://www.youtube.com/watch?v=R0WgTiayRQg