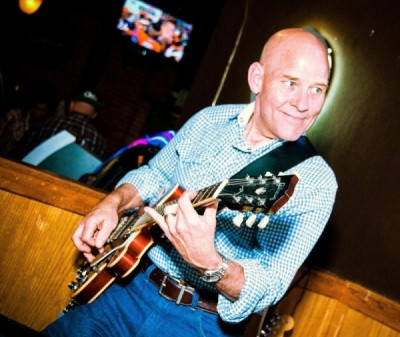 Wayne Wilkinson is a multi-talented guitar artist. Wayne is on faculty as the guitar instructor at the Colorado Springs Conservatory and is adjunct professor for non-classical guitar at Colorado State University - Pueblo. Wilkinson is a former member of the premier Air Force jazz ensemble “The Airmen of Note” based in Washington, D.C. and the "Falconaires" based in Colorado Springs. Performance venues while in the “The Airmen of Note” include Carnegie Hall, The White House and The Detroit Jazz Festival. He also has played with Michael Brecker, Randy Brecker, Joe Williams, Ernie Watts, James Moody, Henry Mancini and Stanley Turrentine. Other recent venues include Earl Klugh’s Weekend of Jazz for the last 5 years as a soloist and with various artist including Earl Klugh. In 1989, he was a semifinalist in the national Conac Henessy Jazz Search competiton. He was a member of "Zach Smith & The Dixie Power Trio" which plays music of Louisiana from 1999 to 2008. This nationally known group travels the country and can be heard on XM Radio, NPR and other stations. His latest music endeavors include a newly formed guitar trio featuring original compositions. This latest recording has Mike Marlier on drums (Denver University Drum Professor), Bijoux Barbosa on bass (Colorado University, Boulder bass professor) and Mark Rose on sax. The recording is progressive blues with elements of jazz, funk & Texas swing.