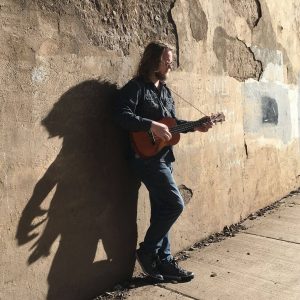 In addition to performing his own compositions as a solo act, this multi-instrumentalist has sung and performed in multiple bands over the years, including The Rogue Spirits, Intake, Buster's Tangent, and Groove Medicine.

He is also an actor, writer, sound designer, and director who is a company member at Springs Ensemble Theatre and has appeared in a number of films.