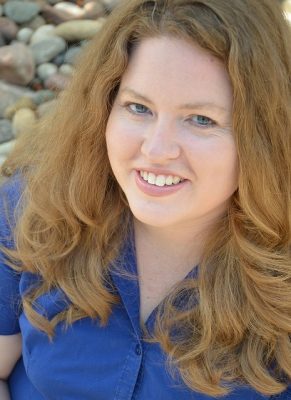 Jenny Maloney is a local writer and performer. She writes dark fiction her mother hates. She holds a BA in Creative Writing from CSU-Pueblo. Her work has been published internationally and appears, or is forthcoming in Dissections, All Worlds Wayfarer, NewSapiens, Across the Margins, and Shimmer.  When she's not writing fiction, essays, or poetry, she's creating theater as a writer and performer in Colorado Springs.

She has produced, directed, written, and performed in some of the most innovative theater in Colorado Springs, including directing SET's all-female production of Shakespeare's Titus Andronicus and a gender-swapped adaptation of Shakespeare's Julius Caesar. Over the past six years she has been involved, in some capacity, in over 20 productions.

As a playwright, she co-wrote two of SET's holiday productions: The Gnome in the Room and Stocking Stuffers. Her ten-minute plays have been produced in several venues in Colorado Springs as well as Pueblo. She has been a workshop leader for Theatreworks' Intergenerational Playwrighting Workshop Series.