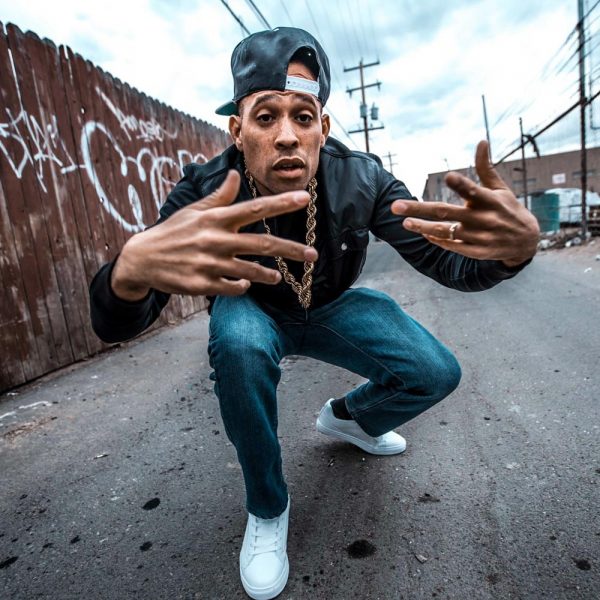 Robert Houston II, commonly known as Black Pegasus throughout the music industry, is a Hip-Hop artist based in Colorado Springs. He is the current president and CEO of Brass Knuckle Entertainment. Mr. Houston considers himself a pioneer artist after contributing more than nineteen years to his craft.

Having achieved nine Studio albums including Black Pegasus, Black by Popular Demand, and The Black Mexican, the Hip-Hop pioneer shows no sign of slowing down. After twenty years he has accomplished a diverse portfolio inclusive of music production, local and national concert performances, numerous music videos, collaborations, mixed tapes, and even voice-over acting!

Mr. Houston owns his own studio, also located in Colorado Springs; a milestone he attributes to his ever-expanding platform.

“I used to make a lot of money just being an artist, but my platform has grown, and I’ve been able to take advantage of that to make a living.” 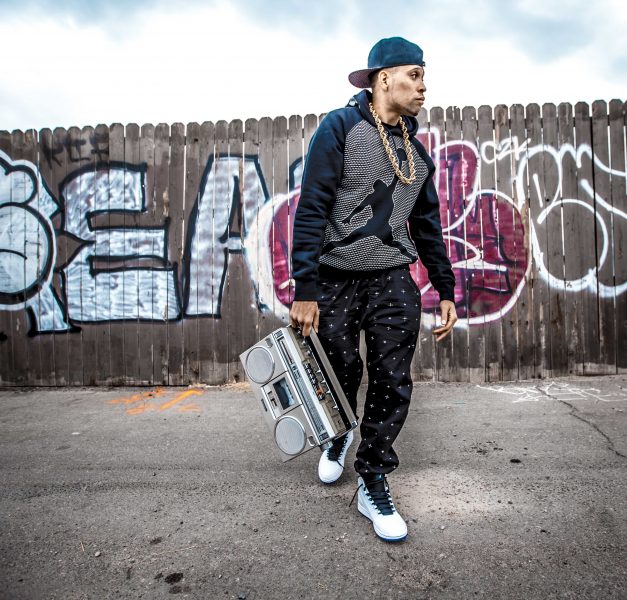 I knew after the first time I heard you perform, that you are an exceptional lyricist. What advice would you offer a young artist who wants to refine their writing skills?

The main thing is that you need to write all the time. The more you write, the better you get. You should also listen to and study great lyricists. It’s just like how Kobe developed his fade away jumper from watching Jordan.

Watch and learn from the greats and then utilize the knowledge you gain to craft your signature way of doing things. You should also be able to recognize dope lyrics quickly and zero in on that energy. When I was coming up, I listened to Jay-Z, Nas, Eminem, and Luda. When you’re listening to top-tier stuff like that, it rubs off on you and motivates you to be better.

How do you keep the momentum going in an industry that is constantly changing?

I keep creative people around me. My friends, those I collaborate with and work with are all creative people. If you’re a creative person, it’s always good to surround yourself with people of like-mind. You need people with your same drive and passion for creating, to bounce ideas off of and try new approaches. A lot of work goes into producing one song.

A team of people with different skillsets is essential to makign a good song. So, I surround myself with producers, engineers, other artists and singers to keep my sound fresh and relevant. I’m a grown-ass 38-year old man. I don’t chill with twenty-year old’s because I don’t want to rap in autotune. At the end of the day, to each his own. You must be comfortable with what you do. If you happen to have young energy around you, and they’re giving suggestions about how to add on to what you’re already doing, that’s cool. But I will never produce a track with a sound that I don’t personally like or agree with, trying to be something I’m not.

What are some tips and tricks you’ve learned over the years to put on an impressive live performance?

First, you should watch other good performers like KRS1 or Tech 9. Second, learn how to project your voice so you can be heard over your music and loud audiences. I learned this was necessary from battle rapping very early in the game. People need to hear your punchlines for you to win the battle.

They tell you not to cuff the mic, but you can cuff the mic and still sound good. You need to know your voice and how to project it to connect with the audience. Always remember your voice is the main instrument. Third, don’t rap over your vocals. You want the crowd to hear and feel your music. That’s why they came to see you perform live!

Fourth, have someone in your corner who you trust to give you real, constructive, advice. Often, times, I see younger artists jump on stage to perform, but they can’t be heard, or they run out of breath from all the jumping around. Afterward, one of their friends will say “You just killed it!” when they didn’t. So, make sure you aren’t just hanging around fans or people who will always tell you what you want to hear.

If you’re performing live and the sound system is terrible, should you perform acapella or still try to perform on the bad sound system?

Most artists won’t perform acapella because most artists aren’t saying anything. If you’re going to do acapella, you need to either have a lot of punch lines or a very potent message. It’s like a poetry slam. Most rappers do not have the same stage presence a poet does. I don’t need to hear your bull in acapella. It’s more about the sound of the music—not the lyrics.

So, if the sound system is terrible, and you don’t have acapella-worthy content, make a backup track that has your vocals pre-recorded and do the best you can.

What have you learned about contract negotiation?

It’s a hustle for sure. At the end of the day you should know your value, so you know the lowest payment you’re willing to accept for your artistry. When I was starting in the game, I did shows for cheap and for free. You can’t charge people if you have no value, because your level of popularity is ultimately what drives ticket sales. I tell cats to try to be the opening performance for big headliners or national shows. If you can achieve that, it will get your people excited, help to establish a fan base and eventually drive your ticket sales.

Once you’ve opened for a national show, you’re more likely to be successful in a smaller, local show at a bar somewhere. Once you sell 100 tickets, you can start turning a profit. You can then use that money to put on more shows. Find a promoter to help you market yourself and pick the location(s).

Don’t make the mistake of thinking you’re going to make a lot of money just for opening for more prominent artists. That’s ridiculous. Remember, the opening act is there to fill time, but you can use time fillers to your advantage and gain exposure. At this point in my career, I throw my own shows because I will make more money on the backend than any deal a promoter would give me because I understand my value.

Which artists in Colorado Springs do you feel are on your level concerning artistry and lyrics?

There’s a lot of dope music out here, but there is one Hip-Hop group that stands out to me. They are a husband and wife duo, and they are epic when it comes to performing. They are talented and have a lot of different things to offer. I think they are slept on. But, I think they’re on the same level as the Black-Eyed Peas, Lauryn Hill, and Mos Def. They should be touring the world, selling a million records. That’s how highly I think of them.

There are numerous other artists in Colorado Springs that have emerged from this new wave of mumble rap to the old school boom-bap-hip-hop. I think there’s probably a ton of talented artists across the nation. The question is, who’s going to break through? It’s kind of like the lotto; you don’t know who is going to win.

Along with hundreds of directory listings, My Black Colorado founders Brandon and Jini Bornes created and gathered features on Black artists throughout the Pikes Peak region. Their work now focuses outside the region as My Black City.