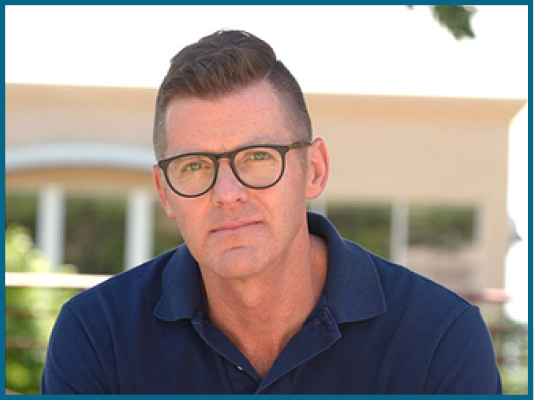 A community chorus made up of auditioned volunteers, Out Loud Colorado Springs Men’s Chorus, a gay men’s chorus, sits at a unique intersection of the LGBTQ, arts and faith communities of Colorado Springs. The story…

A community chorus made up of auditioned volunteers, Out Loud Colorado Springs Men’s Chorus, a gay men’s chorus, sits at a unique intersection of the LGBTQ, arts and faith communities of Colorado Springs. The story of how Out Loud came to be and where they’re headed challenges stereotypes of all kinds. As for many of us, 2017 will be a year of new adventures for the group.

Last year, the chorus voted to leave the Denver-based Rocky Mountain Arts Association, and the group’s artistic director, James Knapp, left in August to focus his efforts on the Denver Gay Men’s Chorus. But Out Loud hasn’t missed a beat, as Joshua Brown will soon take over as the artistic director position and the chorus pursues recognition as its own nonprofit, focusing on the Pikes Peak region.

This year, the focus will be on generating name recognition for Out Loud, now 10-years-old. With 35 members, the chorus puts on two concerts a year, with the next performance, featuring Out Loud trademarks of choreography, memorized music and a bit of showmanship for the audience, coming the first week of May.

“We’re not the new kids on the block anymore,” Out Loud founding member Guy McPherson, who was one of the Indy’s 2016 Inclusion Award Winners, says. “I’m surprised how many people don’t know we exist in this town.” 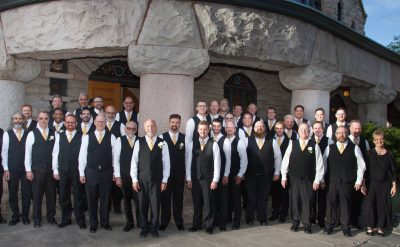 Out Loud formed in 2006, after members of First Congregational Church were talking after service one Sunday. McPherson recalls the conversation: “We can all sing. Let’s sing together.”

And they weren’t alone.

“People peeked their head in after church,” McPherson says of one the first chorus gatherings. “They were like, ‘Will you sing for the church?’ And we were like, ‘Oh, crap…’”

Without a director, they put together a concert for parishioners that ended with a standing ovation.

Gaining momentum, the group staged their first concert for the whole community, “A Night on Broadway.” Making programs by hand and without a way to issue tickets, a crowd of around 200 people was expected to fill the pews. Come performance day, around 900 people — the largest event attended at the church — crowded in.

“There’s something about our crowd,” McPherson says. “We knew we were doing the right things. It was a little overwhelming with the response.”

The chorus still utilizes First Congregational for all its rehearsals and many concerts, support which has been critical to the group’s success.

“The joke is we’re one of the few if not the only gay chorus to start in a church,” McPherson says. “People here do care, and they care for us like we’re family.”

But Colorado Springs and the gay community have an odd relationship, McPherson says. 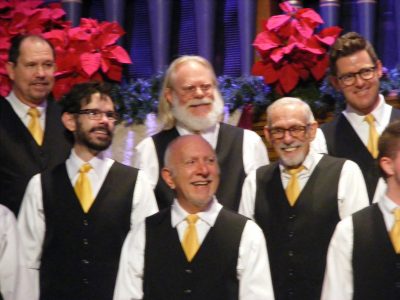 After a Gazette article ran in 2006, the day before the group’s inaugural performance, many members of the chorus were nervous about being associated with a gay choir in the paper. One of the members quoted was disowned by his family, while others feared the same. Even the word “gay” was intentionally left out from the group’s name, due in part to Don’t Ask, Don’t Tell and not wanting to exclude members enlisted in the military.

“If I meet someone from Denver and I tell them I’m from Colorado Springs, the first thing people say is ‘I’m sorry for you,’” he said. “We’ve had a hard time curing that.”

McPherson, who has lived in Colorado Springs since 1979, notes the ability of Out Loud to serve as more than a choir now, bringing gay men together and creating a brotherhood that takes care of each other.

“When I meet someone gay, my first words are ‘Do you sing?’ and ‘Do you want to join Out Loud?’”

Originally written by Jonathan Toman of the Cultural Office and published on the digital blog and print edition of the Colorado Springs Independent on Jan. 11, 2017.