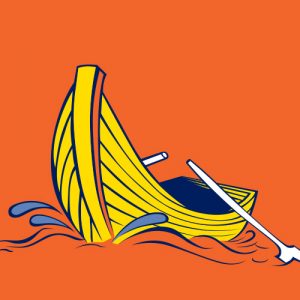 As of March 12, all performances of this show have been canceled.

As of March 12, all performances of this show have been canceled.

This show is a collaboration between FAC Theatre Company and Colorado College Academic Departments Regional Premiere!

Spinning historical, theatrical, and gender conventions on their heads, this subversive tale of 10 men, four boats, and two rivers contains none of the above.

Pack your gear for this 21st-century telling of 19th-century American explorer and one-armed Civil War veteran John Wesley Powell, who assembles a brawny band of soldiers, trappers, and adventurers to explore the waterways of the American West.

Inspired by Powell’s actual travel log from 1869, Jaclyn Backhaus’s nimble and ingenious script is provocative, laugh-out-loud theatre, performed by a diverse cast of women who infuse America’s historic myths of male conquest with a sly blast of subtext.

With the speed and force of Powell’s white-water rapids, Backhaus conjures her epic story – in which simple materials are transformed into perilous canyons and death-defying cliffs – out of sheer imagination, shaping an innovative and innately theatrical play, that became an off-Broadway sensation.

This show is recommended for ages 18+.