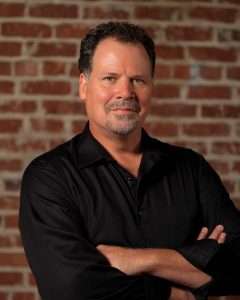 Peter Tuff (baritone) accompanied by Carol Wilson (piano and organ), will be joined by Jeremy VanHoy and friends on sackbut and trombone for a varied program.

Special guests Jeremy VanHoy and friends will join in on sackbuts and trombones. The program will feature music by Heinrich Schütz, Wolfgang Amadeus Mozart, Cole Porter, Leonard Bernstein, Stephen Sondheim, and others.

Peter Tuff has been hailed as “an outstanding singer” (Salzburger Nachrichten) and “strong and commanding” (San Francisco Examiner). He has performed 30 leading roles in opera and musical theater, and dozens of supporting roles. He sang his first role—John Sorel in The Consul by Menotti—during his undergraduate studies in voice and French horn at Pacific Lutheran University. Following private voice study in San Francisco, Tuff moved with his wife and three children to Austria, where they lived for ten years as he sang as a member of the Vienna State Opera Chorus, the Imperial Chapel, and in the Salzburg Festival.

Tuff has performed at San Francisco Opera, Monterey Symphony, Opera San Jose, Sacramento Opera, Pocket Opera, Berkeley Opera, and many others. With Opera Theatre of the Rockies he has performed the title role in Gilbert & Sullivan’s The Mikado, as well as principal roles in Carmen, Pagliacci, Daughter of the Regiment, La Cenerentola, and The Sound of Music. With the Colorado Springs Philharmonic, he has been featured in Beethoven’s 9th Symphony, Carmina Burana, Aaron Copland’s Old American Songs, and most recently at the “Audience Mixtape: Rhapsody in Blue” concert singing “Largo al factotum” from Rossini’s The Barber of Seville.

Peter Tuff serves as executive director of the Colorado Springs Chorale, now in its 63rd season, and the exclusive choir of the 2020 D-Day commemorative ceremonies in Normandy, France.