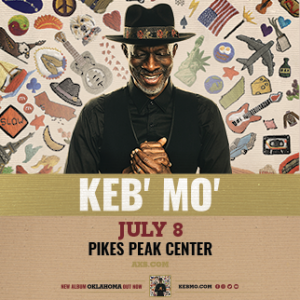 Join us at the Pikes Peak Center for the Performing Arts for Keb’ Mo’!

Over the past two decades, Keb’ has cultivated a reputation as a modern master of American roots music through the understated excellence of his live and studio performances.