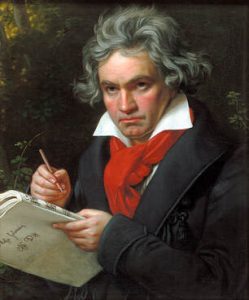 Join us for an all-star cast of vocalists and the Colorado Springs Chorale make this an essential celebration of Beethoven’s life.

250 years of Beethoven--the original rock star who changed music forever!  For as much as he struggled with faith, he poured everything into the Missa Solemnis, which one critic called “an avalanche released by a speck of dust.”

Composed around the time of his Ninth Symphony, the two works shed light on Beethoven’s religious world view — where the Ninth’s ‘Ode to Joy’ is a hymn to man and brotherhood, the Missa Solemnis is a hymn to God.

Through it all, Beethoven expresses universal spiritual ideas in a manner that could not have been accomplished by words alone, concluding with a fraught yet unanswered plea for peace amid the drumbeats of war.

You won’t want to miss this once-in-a-generation performance as conducted by Maestro Thomas Wilson.