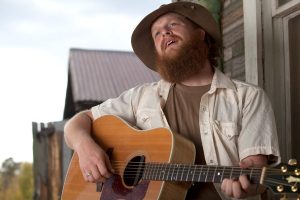 Music on the Labyrinth: Joe Johnson and Jacob Klock

Singer/songwriter Joe Johnson and fiddler Jacob Klock will present original music by Joe and songs in American folk and country style on the FCC labyrinth.

First Christian Church is presenting the first program in their summer Music on the Labyrinth series, featuring singer/songwriter Joe Johnson and fiddler Jacob Klock. They’ll be performing Joe Johnson originals and songs from the American folk and country canon.  The program will be held outdoors on the labyrinth on the south side of the church, but will move indoors for inclement weather. You may bring a blanket or chair, or just sit on the labyrinth wall.  A free will offering will be taken.

Singer/songwriter Joe Johnson was raised in southern Mississippi, an hour’s drive from New Orleans, and grew up with great respect for the blues, gospel, and country sound that has defined the area's artistic heritage. After beginning his music career in Hattiesburg, Mississippi in the late 1990's, he moved west, forming and fronting the legendary local rock and roll band "Creating a Newsense" for several years until that band's dissolution in 2011. Since then, he has continued writing and performing under his own name, releasing three albums of original material and touring extensively throughout Colorado and much of the American South and Midwest. Johnson can be seen performing both as a solo artist and in collaboration with a varying cast of the region's finest musicians. He teaches songwriting at the Colorado Springs Conservatory.

Pueblo, Colorado native Jacob Klock has been actively performing in southern Colorado for most of his life. He currently serves as Concertmaster for the Chamber Orchestra of the Springs and has regularly been featured as soloist during that time. Jacob is also a long-time member of the Colorado Springs Philharmonic, and has acted as Principal 2nd Violin since 2016. He joined local string quartet "Hausmusik" in 2014, and in 2012 ventured into the non-classical realm by playing fiddle in collaboration with local singer/songwriter Joe Johnson.