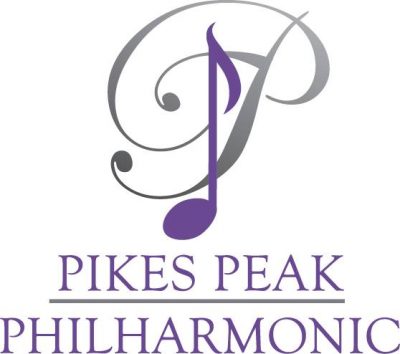 The Pikes Peak Philharmonic is a non-profit, community orchestra that is composed of volunteers from all walks of life in the Colorado Springs area. Its main goal is to instill musicianship and music appreciation within all ages of the community. The group meets from September to May and performs five concerts per year, including seasonal specialties, local soloists and a Youth Concerto Competition.

The orchestra now known as the Pikes Peak Philharmonic was formed in 1965 to provide additional playing opportunities for students at Colorado College. The Colorado Springs Community Orchestra, as it was first called, was quickly expanded to include musicians from the rest of the community. In 1972, the Colorado Springs Symphony sponsored and controlled the group with Charles Ansbacher as its Music Director and principal Conductor. The sponsorship of the Symphony was dissolved in 1986 due to financial reasons. With this vital outlet for performing serious symphonic music virtually gone, several musicians from the group incorporated a non-profit organization under the name, Pikes Peak Civic Orchestra. In 1997, the name of the group was changed to Pikes Peak Philharmonic. The funding for the orchestra has been through the assessment of dues, door receipts, and outside donations.