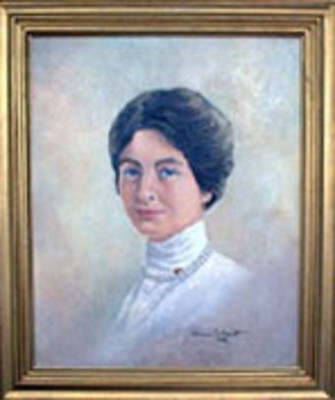 Photos, articles, and artifacts of the historical Palmer Lake, Monument and Palmer Divide areas can be found at the Lucretia Vaile Museum. Special displays are rotated every four to six months.

The mission of the Lucretia Vaile Museum is to provide, maintain and expand a museum resource for historical data, artifacts and other items of significance relating to Palmer Lake, Monument, and the Palmer Divide area and make resources available to the public on a scheduled basis.

The Lucretia Vaile Museum began in the basement of the Palmer Lake Marshal’s Offices (originally the AT&SF Section Foreman’s house). The museum quickly outgrew that building, and the current Library-Museum was dedicated on October 4, 1981. The building was erected as a memorial to Lucretia Vaile, who left a bequest to the town of Palmer Lake, which was used to build the original structure. With the new building came new museum pieces. An area furrier who was going out of business donated the glass display cases still used in the museum. An addition was built in 1996 with money the Palmer Lake Historical Society received from the estate of Lena Royse, providing storage and administrative space. The Museum now contains permanent exhibits dedicated to the towns of Palmer Lake, and Monument as well as the surrounding area. The rich history of the Tri-Lakes is maintained as a legacy for those yet to come.