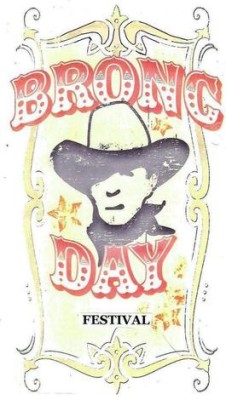 The first Bronc Day was held July 1,1939 as the ‘”Official Opening of the Tourist Season” and to honor the Vertical Mile Marathon Racers who were training for the race up Pikes Peak while staying in Green Mountain Fails. A parade with horses. a clown, and a parade queen, met the marathon racers in Cascade and escorted them to Green Mountain Falls for a day of fun including saddle relay races, trick riding, sack races, ceremonial Indian dances, and evening fireworks.

Over the years Bronc Day grew with the addition of more Gymkhana riding contests, gun battle shows, a King and Queen contest, barbecues, and jitterbug and square dancing.