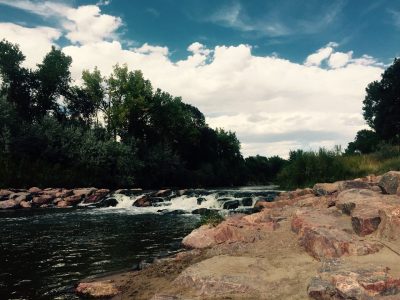 The Fountain Creek Watershed is located along the central front range of Colorado. It is a 927-square mile watershed that drains south into the Arkansas River at Pueblo. The watershed is bordered by the Palmer Divide to the north, Pikes Peak to the west, and a minor divide 20 miles east of Colorado Springs.

A watershed is a region that drains into a river, river system, or other body of water. John Wesley Powell, the 19th century geologist and explorer, described a watershed as: “that area of land, a bounded hydrologic system, within which all living things are inextricably linked by their common water course and where, as humans settled, simple logic demanded that they become part of a community.”