Municipalities throughout the Pikes Peak region have public art programs – from downtown Colorado Springs’ Art on the Streets and Old Colorado City’s Art on the Avenue to Tri-Lakes Views in Monument. Explore the art you see every day with our Public Art Directory. 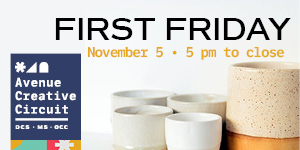