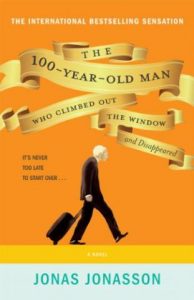 Meet at Carnelian Coffee on the first Sunday of each month to discuss the month’s book club selection, ‘The 100-Year-Old Man Who Climbed Out the Window and Disappeared’ by Jonas Jonasson.

Meet us at Carnelian Coffee on the first Sunday of each month to discuss that month’s book club selection. Refreshments will be available for purchase.

May’s selection is The 100-Year-Old Man Who Climbed Out the Window and Disappeared by Jonas Jonasson. Copies from a 12-item book club set will be made available during April’s meeting.

Please note: June’s title is The Girls of Atomic City by Denise Kiernan. Copies from the 12-item book club set will be handed out during May’s meeting. Also, the ballots for the July-December 2020 selections are also due.

After a long and eventful life, Allan Karlsson ends up in a nursing home, believing it to be his last stop. The only problem is that he’s still in good health, and one day, he turns 100. A big celebration is in the works, but Allan really isn’t interested (and he’d like a bit more control over his alcohol consumption). So he decides to escape. He climbs out the window in his slippers and embarks on a hilarious and entirely unexpected journey.

It would be the adventure of a lifetime for anyone else, but Allan has a larger-than-life backstory: Not only has he witnessed some of the most important events of the twentieth century, he has actually played a key role in them. Quirky and utterly unique, The 100-Year-Old Man Who Climbed Out the Window and Disappeared has charmed readers across the globe. 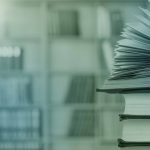 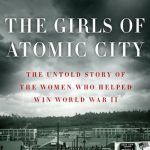 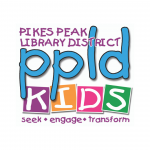