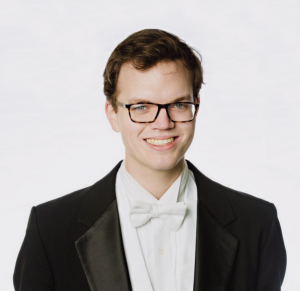 DJ Cheek, Principal Violist of the Fort Worth Symphony

Alpenglow Music Program is excited to present a chamber music masterclass led by DJ Cheek, Principal Violist of the Fort Worth Symphony.

Alpenglow Music Program is excited to present a chamber music masterclass led by DJ Cheek, Principal Violist of the Fort Worth Symphony.

This class will feature performances from two Alpenglow ensembles as well as private viola students of Michael Sabatka.

All musicians are welcome!

DJ Cheek joined the Fort Worth Symphony Orchestra as Principal Viola in August 2021. Prior to his current appointment, DJ played Principal Viola for four years in the Jacksonville Symphony. In recent seasons he appeared as guest Principal with the Indianapolis Symphony and as a substitute with the Saint Paul Chamber Orchestra and Minnesota Orchestra. In the summer, DJ serves as Principal Viola at the Colorado Music Festival, and he teaches at Interlochen’s Adult Chamber Music Camp. He previously taught viola and chamber music at the University of North Florida and the National Music Festival. He has appeared at festivals like Music@Menlo, the Perlman Music Program, Lucerne, Sarasota, Olympic, and Yellow Barn. DJ performed as a guest artist with the Borromeo Quartet, and with Donald Weilerstein and Kim Kashkashian as part of the Music for Food series. DJ holds a master’s degree from New England Conservatory and a bachelor’s degree from Oberlin College-Conservatory. His primary mentors are Kim Kashkashian and Peter Slowik.