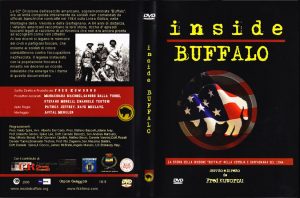 Join us for a film screening all about the Buffalo Division combat unit during World War II that was comprised of all African-American soldiers.

“They served America but America was not ready to serve them”

The 92nd Buffalo division was a combat unit that was firstly all African-American and therefore largely segregated because that was the order of the day, particularly during WWII.

Nevertheless, despite the segregation, the unit fought with what was classified as outstanding heroism in Italy during the height of the World War II. They were fighting a battle against racial segregation as well.

Upon their return to the US, these men were rightfully recognized and honored, a recognition that someone contributed towards the intensification of the civil rights movement.