The Historic Films of the Pikes Peak Region 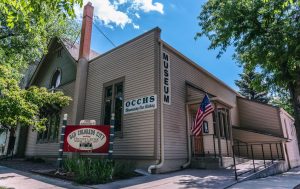 Featuring Samples of Historic Films, of the Pikes Peak region, shot by the Alexander Film Company.

This program is presented by Steve Antonuccio, who has spent over 30 years working in public and academic libraries; of which 20 have been with the Pikes Peak Library District.

During his career at PPLD he helped establish a collection of historic films shot in the Pikes Peak Region. From the first film shot in 1897 by the Edison Company to over 100 films shot by the Alexander Film Company from the 1920’s through the 1960’s, Steve has archived this remarkable collection housed at the Pikes Peak Library District.

In 2019 he published a book on his career working in libraries entitled: “There is No Such Thing as a Typical Librarian.”

Tickets are available to be purchased at the door: