Wildermiss with Slow Caves and We Are Not a Glum Lot 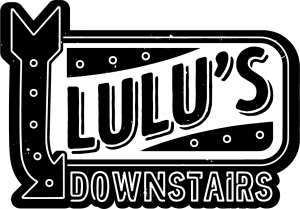 Lulu’s Downstairs and RXP 103.9 present Wildermiss with Slow Caves and We Are Not a Glum Lot!

A lot has happened since Wildermiss released its auspicious debut, a promising six-song EP titled Lost With You, in 2017. In the two years since, the members of Wildermiss—Cole, guitarists Josh Hester and Seth Beamer, and drummer Caleb Thoemke—have built up a massive and fiercely loyal grassroots following in its hometown of Denver, Colorado

They’ve crisscrossed the country winning over fans as the supporting act on tours with the Oh Hellos, Jared and the Mill and Bronze Radio Return.

In addition to selling out the Bluebird Theater and thrilling capacity crowds with intimate back-to-back New Year’s Eve dates at the Larimer Lounge, Wildermiss has played prime main-stage sets at all of the city’s biggest music festivals.

Those festivals include iHeart Radio’s Big Gig at the 18,000-seat amphitheater Fiddler’s Green, the Westword Music Showcase and the Underground Music Showcase, which drew tens of thousands of fans, in addition to sharing a bill at the 6,500-seat 1STBANK Center arena with the Revivalists, Elle King, American Authors.